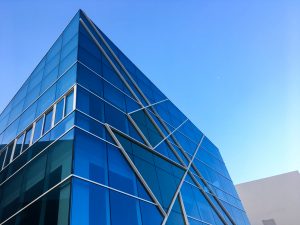 Aluminum panel facade systems are the name given to the panels consisting of exterior systems that are mostly seen in corporate buildings, offices and plazas. The biggest advantage of the aluminum panel cladding process is that it can be produced in the factory in a serial and high quality manner and then quickly assembled directly on the construction site. Panels, which are the most popular among aluminum panel facade models, are covered and silicon panel facade systems. In addition, aluminum facade cladding is also manufactured and offered for sale with wings that open in reverse or parallel to the outside.

The aluminum facade panel, which has become popular in Turkey especially in recent years, and which we are accustomed to seeing especially in new generation buildings, is famous for its appearance in large projects. The building envelope, which is formed by the production of aluminum panel facades, thus emerges with a modular technique. All these components that make up these modules we mentioned are assembled at the construction site by taking their final form at the factory. In other words, it is possible to say that products produced “off-site” are assembled “on-site” and delivered to the user. In fact, this system is not a new system in aluminum panel facade application designs, but it has evolved as a preferred method, especially in high-rise buildings and plazas, instead of the widely used bar systems. In this system, grids consisting of vertical and horizontal profiles are not allocated to the building beforehand. Instead, a single panel is formed in the factory environment, on top of a composite profile with glass, including horizontal and vertical profiles, generally at a distance that can exceed a floor space or several horizontal partitions, and thus it is easily mounted in a ready and visible manner to the building. It is possible to say that the aluminum composite panel facade cladding process comes into play here.